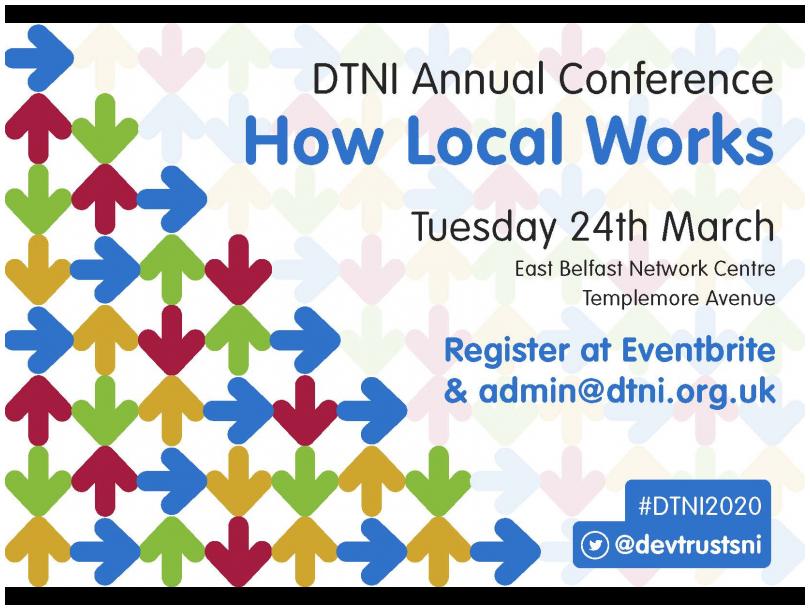 This year's conference is entitled How Local Works and will bring together those currently involved in community development from all over the UK, but also ask the question: how can 'local' potentially work better? We want to highlight the work of our members in community enterprise and public service, and we will reflect upon asset transfer, the physical regeneration of community places, wealth building, local economy and advancing the rights of citizens.

Pat Kane is a political commentator, writer and musician. He is the author of The Play Ethic (Macmillan, 2004), and has written for the Independent, the Sunday Times, the Guardian/Observer and Scotland’s Sunday Herald, of which he was a founding editor in 1999. Currently a columnist with The National, Pat’s forthcoming book is Radical Animal.

Pat is also currently the lead curator of Nesta’s FutureFest event - in his words, “A Glastonbury of the Future”. He is also co-initiator of the new political platform The Alternative UK. And he is still one half of the 80s pop duo Hue And Cry.

Deirdre Hargey is the newly appointed NI Minister for Communities and former Lord Mayor of Belfast and we're delighted that she will be joining us for the discussion.

Neil McInroy is chief executive of the Centre for Local Economic Strategies. A leading commentator on economic development and public policy, Neil has featured in Local Government Chronicle’s annual top 50 most influential people in local government. He has been involved in public sector policy and delivery for over 25 years and we're delighted that Neil has agreed to MC this year's conference.

Pauline is a Director of the Total Homes Co-op, an environmentally friendly removals and cleaning service  which sell upcycled furniture in its Re-Connect shop, and is also a board member of Development Trusts Scotland.

Kate Stewart is Director of Programmes at Power to Change, an independent charitable trust that provides funding and advice to support and develop community businesses in England.

Kate was formerly the Interim Chief Executive at UK Community Foundations, during that time working chiefly on the Fair Share Trust, and has previously worked at Big Lottery Fund and the Sutton Trust.

Kate will talk about the work of Power to Change with specific reference to community business, community ownership and its role in local economy.

Niamh has worked in social finance and community economic development in the UK, Europe and Central America for nearly thirty years. She was the first chair of the Community Development Finance Association and first secretary of the European Microfinance network. She is currently working with Big local Trust, a £200m spend-down foundation endowed by the Big Lottery, developing a social investment system for local level credit unions and CDFIs across England.

If you would like to exhibit, speak or host a workshop get in touch with us at the DTNI office.

We are particularly interested if you have experience in the following areas: